Gail Kelly, Magda Szubanski And Gillian Triggs are among the fabulous 2018 Winners Of The Australian Awards For Excellence In Women’s Leadership

Winners at the Women’s Leadership Symposiums.

The prestigious Women and Leadership Australia (WLA)  awards recognise individual women that have contributed to the advancement of gender equality. In addition, the award winners’ actions have improved the likelihood of other women within their field of endeavour having greater access to leadership opportunities. Gail Kelly, the former CEO of Westpac and a trailblazer for women’s equality in the finance sector, is bestowed with the honour of receiving the National Award for 2018. Having led the 12th biggest bank in the world, improving net profits and gender equality whilst at the helm, Kelly has more recently authored a book on leadership and funded the Gail Kelly Global Leaders Scholarship.

Around Australia, the state and territory winners of the awards for 2018 are:

Award winners will be acknowledged at the Women’s Leadership Symposium series across Australia’s capital cities. The events are Australia’s premier annual gathering for women in leadership, and take place in Brisbane (2-3 May), Perth (10 May), Sydney (21-22 June), Canberra (5 July), Adelaide (19 July), Melbourne (24-25 July), Darwin (1 August) and Hobart (22 August). More information can be found at https://www.wla.edu.au/symposium.html.

WLA Head of School Suzi Finkelstein said, “Each and every award winner has had a tremendously positive impact on our society. Showcasing the hard work and dedication of these high achievers is extremely important.” 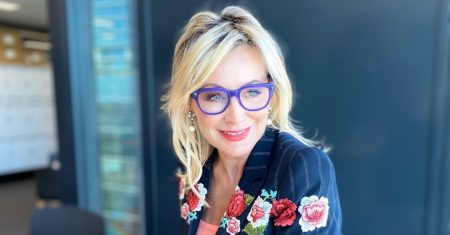