Podcasts are buzzing at the moment. Everything from comedy, news and sports, to crime stories. In fact, Crime as a genre is one of the biggest audience gaugers in the podcasting world.

Last year, for our wrap up, we outlined two other crime podcasts: Let’s Talk About Sects and The Missing. Topping our ‘Top Ten Aussie Podcasts to Tune into‘ list was the Australian True Crime Podcast, and Women Love Tech had the pleasure of interviewing the creators. Meshel Laurie and Emily Webb discuss how the podcast started, why crime is so popular and what their favourite podcasts are.

What was the idea behind starting the Australian True Crime podcast?

EMILY – Meshel and I met when she interviewed me for her Nitty Gritty Podcast. I’d written 3 true crime books, 2 with a focus on Australian suburban crime cases. We really got along well and a few weeks later Meshel messaged me to say “let’s do a podcast together”. I was so rapt because I’d wanted to do something for a while but had NO idea how I’d ever do a podcast. We were interested in exploring topics and case that interested us and that we wanted to know more about.

MESHEL – For me, it was about alleviating the creative frustration of working in radio. It’s still fun and exciting for me to do everything I love about radio without any compromises. There are no time restraints, no commercial restraints, there’s no one else’s vision involved, no drama, no billboards, no executives.

In your own words, how would you describe the podcast?

EMILY – It’s a conversation about true crime. We go beyond the headlines on crimes.

MESHEL – At its best, it’s an outlet for people to tell their own stories of trauma because what we’ve learned is that so many people are walking around, desperate to tell their stories, and no one is brave enough to face them and listen.

Australian True Crime is among one of the top podcasts being listened to at the moment alongside several other crime-related podcasts. Why do you think crime is such a popular genre for listeners?

EMILY – we get asked this a lot and I think it’s because True Crime is human stories at their rawest. There’s the good and evil element where people want to try to understand why people do horrible things to others. Frustratingly and scarily there’s sometimes no satisfactory answers and it’s especially awful for the families and loved ones of people who are victims of crime.

MESHEL – These are stories about human beings being pushed to the absolute edge and beyond. All we can do is listen and wonder how we’d cope under that kind of pressure.

Meshel, you have a past as a comedian appearing in comedy festivals across the country, selling out the Sydney Opera House and also doing a breakfast radio show. So, why crime?

This will sound bizarre on many levels I’m sure, but comedy has been my job for such a long time, over 20 years, and True Crime was a genre I was into for relaxation. So I’ve turned my hobby into my job. Like Marie Kondo.

Emily, you already have a background in studying crime, what made you lean towards that sort of area?

I have had an interest in true crime since I was young. When I was in Primary school I would read magazines like New Idea and Woman’s Day and Australian Women’s Weekly and loved to read about true life stories, one that I remember vividly was about the Lindy Chamberlain case. I also used to read books about mysteries and things like Ripley’s Believe it or Not and then I graduated to reading True Crime. This interest led me to becoming a journalist because primarily I always want to know what’s going on around me. When I was a local news reporter I did my own digital project on some unsolved crimes in the outer east of Melbourne where I grew up. Then that led to me writing my first book, Murder in Suburbia. The main thing is that I’ve always been a big reader and true crime has always been my preferred genre.

Australian True Crime has now racked up over 140 episodes and has gained an impressive audience of over 1.4 million listeners per month. Did you ever expect the podcast to be this successful?

EMILY – We never ever expected the podcast to have so many listeners! We had no idea what our stats were for months after we started. We just really enjoyed working together and speaking to incredible people and the process of making the podcast.

Do you have a favourite episode or case that you talk about in the podcast?

EMILY – It’s really hard to answer this as each episode is something of importance and interest but an episode we did with Narelle Fraser called Operation Collier about a series of unsolved rapes and attempted abductions in the Dandenongs in Melbourne really resonated with me because I know the area well. I also think our episode with an incredible woman called Elesha who wanted to tell her story of being raped as a 7-year-old by a stranger and the aftermath was so powerful and so many listeners contacted us to pass messages to her to thank her for her story.

Which would you say are typically your most successful episodes and why?

EMILY – Our episodes with detectives like Ron Iddles, Narelle Fraser and Charlie Bezzina are really popular, as are the episodes about cases that haven’t had much publicity.

What podcasts besides your own do you like and why? Which would you recommend?

EMILY – I listen to news podcasts, especially UK-based news because I lived there for 7 years and really miss it. I listen to LOTS of podcasts and not just true crime.

I really love Andrew Rule’s Life and Crimes, BBC Documentary, True Murder with Dan Zupansky (this was one of the first podcasts I ever listened to more than 10 years ago), Criminal, the First Degree and the Murder in My Family.

My favourite podcasts of recent times include Gossipmongers (makes me laugh out loud but warning it’s pretty rude). podcasts
5 Best Podcasts To Listen To This Month
Robyn Foyster Robyn Foyster has been verified by Muck Rack's editorial team on January 16, 2022 podcasts
Spotify Makes It Easier For Podcasters To Make A Living
Robyn Foyster Robyn Foyster has been verified by Muck Rack's editorial team on January 14, 2022 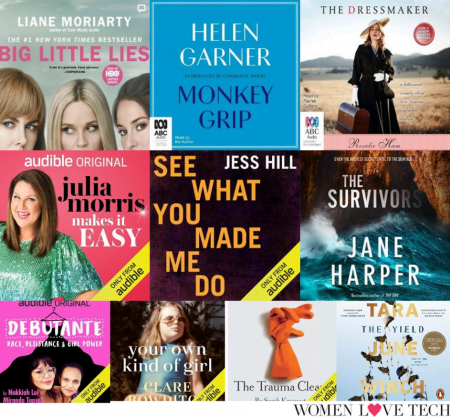