Aussie Tech Innovation Launch: Finally, All Your Apps Under One Roof!

If you suffer from too many apps on your phone and want an easier way to message between messaging platforms, then check out Thred. Today marked the launch of the new innovative messaging and productivity App.

And, already there is some great feedback on Google Play: “Easy to use”, “Amazing”, “I can now ditch all my other apps”, “I can’t wait to start threding”, and “Good to have all my social accounts and news feeds in one account – this one is a keeper”.

So why all the excitement? Well, the Thred App is being billed as the most useful and used apps in the world, allowing you to connect your contacts, communications, content and services together for the first time.

Thred Chair and MD Geoff Marshall, says “Our launch today is just the beginning. We have an exciting journey ahead and we see Thred competing on a global stage. We ultimately and passionately believe Thred is set to change the way users communicate.”

Thred is backed by a Board of Directors with pioneering minds across technology, media and marketing. The team includes David Whitaker and Chris Adams, both renowned tech entrepreneurs and co-founders of Thred, as well as Robyn Foyster, the former editor-in-chief of The Australian Women’s Weekly and current owner of Women Love Tech.
Founder and board director David Whitaker first began working on the idea of one app for all back in early 2014.

Founder and board director, David Whitaker

“Thred was first designed to enhance the sharing of content through joining your social accounts in one place. Since then it has grown very naturally into messaging and
joins all your apps together. From the outset, it has been built with the user in mind to more accurately reflect the way we really communicate. We want people to start
threding and sharing the word to others about an easier way to manage their contacts, messaging and social media.”

Silicon Valley native Chris Adams, who previously worked with Mark Zuckerberg in the early days of Facebook, says: “There are only a few world-changing ideas that come along in a lifetime – this is one of them. You can now put everything under one roof, saving time and making your life generally more streamlined.”

Robyn Foyster says “Thred’s capabilities have true global appeal because we all suffer now from a proliferation of Apps on our phones and devices. The launch of Thred also proves that Australia can compete as a global tech innovator.”

Thred allows you to connect your contacts, communications, content and services together.

As Thred enters an initial launch and learn phase, and as a startup that believes in co-creating with the community, Thred is inviting users to see what the app can do and provide feedback to achieve their mission of taking the chaos out of messaging. The V1.0 release is expected to run through a series of updates and upgrades in the coming weeks as Thred introduces new integrations and more content integration into their new App.

“We are delighted and grateful for the assistance and support of our shareholders, tech partners like Perth-based firm Lateral and of course our own team to finally culminate many years of work into a working version of our platform,” adds Geoff Marshall, Thred Chair and MD.

The Thred app is available to download on Google Play and Apple Store.

And for more information about Thred, go to their website. 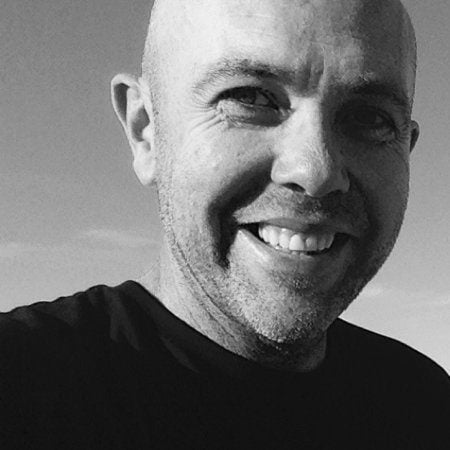 With over 20 years as a journalist and TV producer, James Graham has a wealth of experience covering the full media spectrum. He has worked across newspapers, radio and the biggest flagship magazine brands in Australia and New Zealand. Previously, James was the News Director at Woman's Day and New Idea.