All About Australian Singer Song Writer and Podcaster Daniel Johns

Daniel Johns is a singer, songwriter and podcaster. Since he stopped being the front man of Silver Chair, he has continued to shape popular culture. His latest work is the release of his second solo album FutureNever which follows on the back of his successful podcast Who is Daniel Johns?

The Spotify Original podcast Who Is Daniel Johns? is an in-depth, documentary-style podcast on the artist’s life and career. Narrated by Golden Globe nominee Guy Pearce, it features a myriad of A-list celebrities and musicians that have all played crucial roles in his life including Billy Corgan (Smashing Pumpkins), Tom DeLonge (Blink 182, Angels & Airwaves), Kevin Parker (Tame Impala), long-time collaborator Van Dyke Parks and even his ex-wife and close friend Natalie Imbruglia.

The podcast featured here was an instant success charting globally and holding the #1 position in Australia for five consecutive weeks late last year.

Now the he returns with his latest creative exploration – he new album FutureNever.

“As an artist, I find myself getting bored quickly, so with this album I wanted to deliver an exciting record that feels like an adventure for the listener. I’ve stopped running from my past—I am here, I’m embracing it. In the FutureNever there are subtle and not so subtle hints to some of the worlds and characters I’ve created over the years.

“FutureNever is me at my best, but it’s not designed to be a ‘best of’”.

The world knows the Aussie artist as the driving force behind Silverchair, one of Australia’s most iconic and highest-selling bands of all time. In truth, Silverchair only tells half the story: although he’s retreated from the public eye since the release of 2007’s blockbuster Young Modern, the past decade has been one of the most prolific and creatively rich periods of his career. Always a songwriter’s songwriter at heart, he has spent his time post-Silverchair as a shaper of pop culture from the highest level, co-writing many of the songs that have defined the current era of modern Australian pop. Already a rock icon, the past ten years have seen him step into his full potential as an artist—establishing himself as a Grammy winner, a collaborator, and a chameleonic, generational talent. 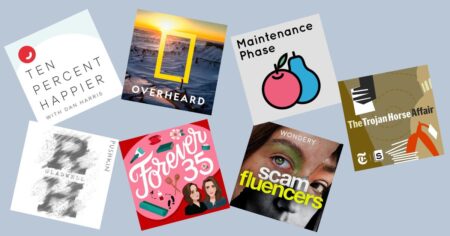