I come from the era of the Apple IIC and the 3.5 inch black floppy disk. The computer screen was black and the text was lime green. The screen was maybe 30cm wide and the keyboard had that real hollow clicking sound – the same sound that you hear on Dora the Explorer (some of you will know the one).

The most played game was space invaders and we sometimes used a ruler to measure items on the monitor thinking this would tell us the size of what we were printing – on the dot-matrix printer which used to feed paper through on a spool which ran through holes on the edge of the paper.

I grew up playing hide and seek outside, climbing trees (and the old Hills Hoist washing line), and spending all summer swimming in the pool till my hair was green from the chlorine. Boy, times have changed.

I’ve been through the phase of the CD which has all but been replaced by the memory/flash drive or iTunes. Then laptops replaced desktops (mostly) and in some households laptops are being replaced by tablets and smartphones. The expanse of amazing technology and access to information on these items is endless.

I entered the era of parenthood just 2 short years ago (well, 29months to be precise) and I have to say there are SO many opinions and attitudes around these days that I can’t compare to my childhood and I somewhat feel like I’m winging it when it comes to kids and technology.

When should introduce my child to mobile phones or tablets?

SHOULD I introduce my child to mobile phones or tablets?

What time of day or night should she be allowed to use it – what for and for how long?

Which apps should I let her play?

Which ones are educational and which are time wasters?

Should I stick to free apps or give in and pay for ones that she may not like?

…what is an APP? ARGH

Soon enough, my daughter became fixated about the mobile phone almost unwittingly by me. Yes, I was (and still am) one of those Mums who went berserk taking photos of my child on my smartphone, uploading to Facebook and emailing them to family. So, sure enough, she became very familiar with the phone being a photographic device and soon wanted to play with it. That was when I decided that I didn’t want my Contact List to be changed anything other than English nor did I want to rob a bank to be able to pay for the phone bill. The only thing she can use my phone for now is to look at photos and videos of herself and even this is highly supervised to ensure nothing becomes deleted.

Realising that my daughter had become very cluey, and could swipe left and right like the best of us by 18 months, I started researching (via Google, friends and Mothers Group) what the best apps were for night time routines, learning about colours and shapes and learning to count… That was after I learnt what an App was. Being a bargain junkie, I tried to stick to free ones but have given in a couple of times and paid for the odd app when I found she really enjoyed the “Lite” version.

It didn’t take long till I started hearing the words “In App Purchases”, “incompatible with Android”, “Apple only”, “iTunes Account”. I started off with an Android tablet and actually did find it a little frustrating at times when friends were raving about apps that were only available from the Apple Store. So when that tablet died, I decided to go for an iPad and it’s been pretty great. Hubby has an iPad also so we can download the same apps for our daughter to use which comes in handy.

We limit the amount of time she can spend on the tablet to about an hour a day – usually to give us a little sanity to be able to cook dinner, clean up or just sit and have a cuppa without being drawn on or tugged at. Most of the time she’s pretty good at putting it down when asked, but we have had to coerce her at times with the promise of a yummy dinner or the Dora the Explorer.

We also don’t allow her to use it with all other lights turned off. I’ve heard and read stories about eye damage. Also, apparently that amount of screen glare prevents kids from winding down to sleep time mode. We make sure we’re in the same room when she’s using the iPad to supervise that she doesn’t press on the wrong icons and end up posting on our Facebook pages or transferring funds to Bermuda (don’t worry, we do have a lock on our bank apps).

In no particular order, here are my top 5 free favourites for varying reasons. For those of you who are somewhat technology illiterate (as I was before I researched this), Google Play is for Android devices, App Store is for Apple devices and iOS is for smartphone capability.

“Amelia and Terror is One of the Most Unique Interactive Storybooks for iPhone and iPad. Every now and again there’s an app that manages to set a new standard for an entire category.” – appdictions.com “Amelia and Terror of The Night” is an interactive graphic story book for all.

Never miss a moment of your favourite TV. ABC iview is simple, ad-free and free to use. Download the app now to watch ABC TV and exclusive iview programs on your iPad, iPhone or iPod Touch, on demand, over wifi or 3G/4G.

HAVE SOMETHING TO ADD TO THIS STORY? SHARE IT IN THE COMMENTS. 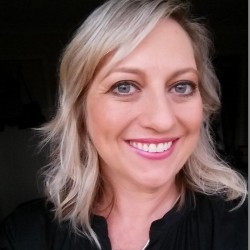 Amanda’s blog, Bargain Chick, provides a laid back focus on saving money, finding bargains, business and marketing, and making life more affordable. Amanda comes from a business to business background with client relationship experience in a variety of industries and has recently rediscovered her passion for writing. Her daily life revolves around technology, project management, people watching, girlie boxing and simply surviving the life of a working wife and Mum with a cheeky toddler and pets. Amanda has a BA (Communications) Degree, Business Marketing Diploma and is currently completing a Certified Associate of Project Management course.