It’s no surprise that our female Aussie athletes have dominated in this year’s 2022 Commonwealth Games in Birmingham. Whether it be Kelsey-Lee Barber in athletics, Georgia Godwin in gymnastics or never less Emma McKeon, who made her mark in history as the most successful athlete of the Games, earning herself 11 gold medals. While these achievements have been somewhat saturated in the media, there is still a lot more progress that needs to be made, with research over the years demonstrating that outside the major sporting events, media coverage of female athletes and sports is less than 10%.  In order to drive female sports consumption and participation, there needs to be visual parity of female athletes portrayed in an authentic way.

According to Getty Images and iStock’s latest VisualGPS research, consumers’ expectations from brands have increased when it comes to authentic representation of women in sports as they want to see this visibility gap closed. For brands and businesses who are seeking to connect with these sports fans on a deeper level, and help smash the industry’s glass ceiling, here are just a few key tips on how to select visual content to push inclusive, unbiased visual storytelling.

1. Convey the pain and the gain

While photos and videos of male athletes often focus on the actual athletic undertaking, visuals of female athletes are driven more by personality, drama and key moments. Being able to show women in sport in a more holistic way allows for all sides of one’s character and ability to be revealed. Whether it be Kelsey-Lee Barber flexing her arms forcefully in the air as she successfully defended her javelin title, or the Aussie Sevens Team releasing powerful shrieks as they won gold, these visuals remind us that despite their superhuman sporting talent, these athletes are in fact still human.

Conversations around mental health in sports have also been a huge talking point led by female athletes with Australian race walker Jemima Montag opening up about the mental pressure she experienced entering the Commonwealth Games. According to our VisualGPS data, a strong driver for sports participation is the combined health and wellbeing benefits with 93% of females as well as males strongly agreeing that it is equally important to take care of yourself emotionally, as well as physically. There is a clear opportunity for brands to encapsulate this notion in their advertising, in order to connect with their audiences effectively.

Visuals of female athletes should be honest in their expression of emotion, whether the women pictured are determined, angry, disappointed, or elated. Showcase an athlete’s skill and athleticism, and don’t shy away from grime, dirt, sweat, or blood just because it’s “indecent” or “unladylike”. Crafting a realistic view of the physical and mental capabilities of women and girls is powerful and can help communicate the values of the business embracing these visuals.

Pre-pandemic 10% of the top 100 sport images used by brands in ANZ featured female athletes, but during the first wave of Covid this dropped to less than 1%.  However we can see the increased interest by fans in female sports teams, with the Matildas competing in front of a record crowd in Newcastle last year, and the Diamonds netball team winning over legions of fans with their comradery, pride, joy and trust. The uneven coverage of women’s sports does not align with consumers’ desire for equal coverage across men’s and women’s sports.

Women are also increasingly taking up roles in the industry previously dominated by men – from coaches to managers, team owners, journalists, physical therapists, and medical staff. When crafting an advertising or marketing campaign focused on sport, visuals of all of these relationships are critical. For Marketers and SMBs it’s important to capture the passion, engagement and backing of the support staff as well as the female fans cheering behind them.

3. Your visual choices should be holistic and realistic

78% of Aussies watching sport want to see female athletes portrayed in an authentic way that focuses on their skill and athleticism rather than their beauty, glamour, or sex appeal. What’s more, the bodies represented in advertising are overwhelmingly still young, fit and white – with only 33% of sports visuals currently considered  “inclusive” according to Getty Images and iStock’s previous VisualGPS research. There is an apparent demand from consumers for more inclusive sport imagery, encompassing many aspects of our identity from body types, to gender, age, ethnicity, and ability.

When selecting visuals to use in marketing and advertising, businesses should ask themselves questions such as: Am I selecting images and videos of women and girls in the same way as I select visuals of men and boys? Am I showing disabled athletes and fully representing how they fit within a larger team? Am I showing real bodies of all shapes, sizes, and muscularity in an action-oriented, not passive, way?

Brands can be instrumental in the growth of female sports by shifting the narrative of how female athletes are represented in the media and advertising. Providing genuine visuals that fully exert the emotion, physical ability and comradery involved with women and girls in sport will have a continual impact on participation and visibility and provides an opportunity for businesses to differentiate themselves from their competitors by connecting with the brigade of sport-loving Aussies. 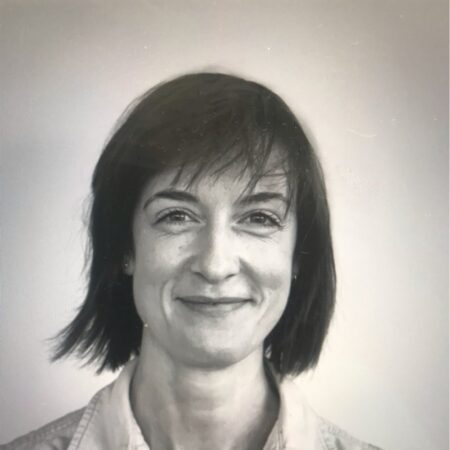 Kate is the Head of Creative Insights, Asia Pacific, for Getty Images and iStock. She sets the brands’ global content strategy and analyses visual communication trends. This knowledge helps inform Creative Insights – an online destination of insights by Getty Images. Kate has been at Getty Images for more than 15 years, dedicating her time to educating and inspiring brands to re-evaluate their visual communications tactics, focusing more on inclusivity and authenticity.