Never again will you deal with uncomfortable tummy pains or any of the nasty things that come along with being gluten intolerant or a coeliac.

Having suffered the after effects of many meals myself, this brilliant little device will no doubt save me a lot of future discomfort! Nima is a genius device that allows you to test foods instantly when you’re out and about, giving you certainty that your food is safe to consume.

The Nima sensor is a cute portable device which can be easily carried in your hand bag that can test foods for gluten. Nima uses the latest technology, chemistry and high tech sensors to test the food inserted into the capsule for any signs of gluten.

Once a food sample is placed inside the capsule, you screw the cap on the capsule, insert it into Nima and click the button to start the test.

After roughly three minutes, you will either be greeted with a smile which indicates that there is a reading of gluten under 20 parts per million or a wheat icon with text that reads ‘Gluten found’ if anything is detected. The peace of mind that this simple test is already bringing to many gluten free diners out there is incredible! Join the Nima community to exchange your experiences living a little less stressed with this handy device.

It can also paired up with an app which has a fantastic feature – Diners can leave a review with a ‘Nima Score’ at the restaurant or bar they ate at which informs other GF diners out there of the options available for them. This would be particularly handy for the chefs out there that are a little lax with their gluten free menu items.

The Nima App at work

Subscribe to the capsules on a monthly basis depending on your usage and save up to 20%!

For all the Paleo’s, Gluten Free’s or Vegan’s out there, the Nimoji App makes having a dietary preference or food intolerance a little more fun!

Simply install the keyboard and you two can celebrate diversity and share the totally unique characters with everyone at the click of a button!

The Nima starter kit is $279.00 and comes with the Nima sensor, three one-time-use test capsules, a micro-USB battery re-charging cable and a carrying pouch. 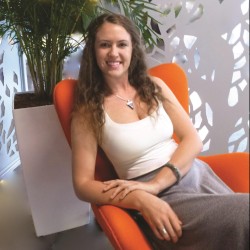 Founder and creative director at Luna Life. Currently living in Melbourne, Australia, Victoria has a background in Fashion Design which has led her to launch her label Luna Life that caters for yogis and the like, offering unique active gear for an active life. Victoria loves travelling the globe and all things nutrition and fitness. More recently, her love of health has pushed her to further her studies into Nutritional Therapy while she continues to drive her business forward.