While it may appear as though the number of women in tech is climbing, it isn’t happening quickly enough. According to the U.S. Bureau of Labor Statistics, employment in computer and information technology occupations is projected to grow 12% from 2018 to 2028.

The growth will be much faster than the average for all occupations but only a fraction of women are likely to pursue degrees that will enable them to fulfill these new tech positions.

The IT world is still dominated by males and the root causes of this are complex. There are scientific studies that claim to identify differences between male and female cognitive aptitudes and its seductive to believe that professional success comes from innate abilities.

However, this doesn’t take into account various toxic realities, such as gender bias and sexual harassment. Even the ‘male computer geek’ stereotype might be responsible for low participation from women rather than men being better coders.

What The Statistics Reveal

A Statista chart, based on various tech companies’ diversity reports, shows that female employees make up between 27% (Microsoft) and 47% (Netflix) of the workforce at major tech companies. That percentage drops much lower when it comes to actual tech jobs. Only 25% of computing jobs are held by women and female participation in computer science has dropped since the 1980s, whereas participation in medical and other scientific fields has slowly increased. The turnover rate is more than twice as high for women than it is for men in tech industry jobs — 41 % versus 17%. Women are also being passed over at the top.

Only 5% of leadership positions in the tech sector are held by women.

Women receive lower salary offers than men for the same job at the same company, 63% of the time and tend to ask for less.

An Open University study in partnership of Nasscom, an Indian IT Trade Association Firm, showed that the number of women in specialist IT roles in India is higher than in the U.K and the U.S. India has 35% of women in tech compared with 20% in the U.S. and only 17% in the U.K.

The Role Of Society In Creating Opportunities

Women have been making some major contributions to IT for decades. Research shows that the first electronic computer (ENIAC) was programmed by six women during WWII, although they didn’t receive credit for their work. Elizabeth Feinler devised the Domain Name System (DNS) we use today. The problem obviously does not lie in a lack of brainpower.

It appears that western countries are lagging behind when it comes to creating opportunities for women in IT when compared with South Asia, Latin America and other non-western countries. Perhaps there are ways they create opportunities that western countries could emulate. Prof Gina Rippon, a neuroscientist at Aston University in Birmingham. studied cognitive differences between men and women. Her work suggests that differences between male and female performance are small and can disappear with training. They are also inconsistent across cultures.

Gender Inequality And The Need To Foster Gender Diversity

Gender bias is prominent in the tech industry. Companies may unwittingly be fostering a culture that discourages women from wanting a career in tech. Women are starting up businesses at 1.5 times the national average today but If you’re a woman entrepreneur in tech, raising capital for your startup can be a challenge.

In a study of GitHub users, code written by women was accepted over 78 % of the time and 4% more than code written by men. This only happened when the gender of the coder wasn’t revealed.

The whole issue of sexual harassment has been brought into the light by the #MeToo movement. Is fear of sexual harassment one of the reasons why women are underrepresented in tech? Companies that are working on gender bias and fostering gender diversity goals are finding that they experience a competitive advantage. Fortune 500 companies with women directors experience more ROI.

Why Girls Lose Interest In STEM And How To Change This

Girls appear to show interest in tech careers at about age 11, but soon lose interest. Microsoft partnered with KRC Research to release a study showing that despite the emphasis on STEM in schools, the effort to increase female interest and employment in STEM were not succeeding as much as expected. Girls showed the least interest in engineering and technology.

The reasons found for this ranged from peer pressure to the lack of role models as well as lack of teacher and parental support. Another factor was a misconception about what STEM careers look like in the real world. Assignment help from my assignment help or a custom dissertation writing service could offer more time for concentration on STEM-related studies.

Toni Townes-Whitley, Microsoft corporate vice president for industry, believes it’s critical to mentor girls from the classroom to the boardroom. There needs to be an increase in mentors and role models who can help to build up confidence in girls that they can succeed in STEM.

Girls may benefit from resources and tools that help them to succeed, such as using expert writing services to enable them to write superior papers.

Teachers need to be provided with a more relatable STEM curriculum, including activities that allow students to build and create, such as hands-on and 3D projects.

The Microsoft research found that girls who are encouraged by a parent are 81% more likely to study computer science in high school.

Classrooms and workplaces need to be inclusive and value female opinions. It’s important to celebrate stories of women involved in STEM.

Giving Support To Women In Tech

Many companies lose new moms and there are ways they could prevent this. Patagonia is one company that is doing this right, providing on-site childcare run by qualified teachers, ample paid leave, safe places to nurse newborns and even have nannies to accompany employees who need to travel for work.

Reducing female attrition in technology would many more people to the talent pool, creating a stronger workforce with increased motivation and more financial gain.

A concerted effort needs to be made across the board to increase the number of women in tech, and strive for parity in recognition and rewards. Companies need to create safe, supportive, diverse working environments for women. Change will accelerate as more women start being empowered in tech careers. This will help to normalize the idea of women in tech and earn them increased economic power. 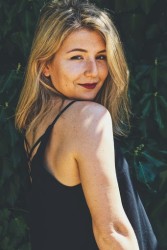 Tiffany Harper is a talented writer from New York, an extremely active woman, and a real leader. She began her career as a journalist and later proceeded it as an educational writer and editor. Now she works as a subject matter expert with BrillAssignment (https://www.brillassignment.co.uk), www.a-writer.com/ and best dissertation help (https://www.bestdissertation.com) mostly in the self-improvement and business area. Please do not hesitate to contact her on Twitter @harper_tiffany.